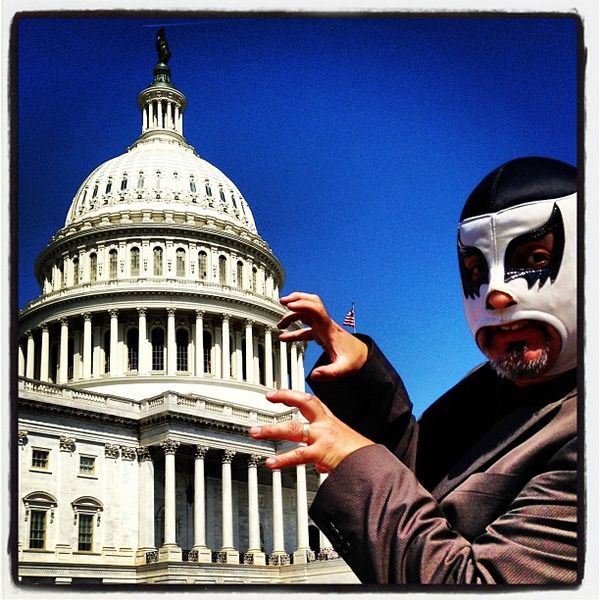 Today was a surreal day. It started normal enough, Payan was watching the vote for our next President from Washington DC, and I was streaming a Selpioli workshop from La Paz, Bolivia. Next thing we know, it’s a big desmadre on the telly.

For the rest of the day and into the night, the endless reports were just one big blur of chaos. I did my best to not get drawn into it because I’m working on my speech for our upcoming talk at the Monterey Museum of Art and don’t need it tainted by a marathon Fear Fest broadcast.

It’s already bad enough that the TV was on all day yesterday for the Georgia elections. Chingao, that’s too much TV!

So Payan capitulates and we turn on Horrible Bosses, which is appropriate enough, because Trump really was a horrible leader. The film is an effervescent ride through schadenfreude. A total delight with a great ensemble cast that delivers in every scene.

Now reflecting on this day, the whole effort seems so ridiculous. I’m sure the narrative will shift as more info comes out, but it’s already smelling pretty bad. We’ve been in DC a couple of times and encountered heavy security. At the Capitol, Payan almost got his head blown off by snipers for donning his Lou Chalibre mask so I could photo Aztec Gold with the dome. There is NO WAY anyone could storm the building without help from inside.

Plus, any major police force, especially the FBI who are based in DC, should be able to record the signature of every cell phone present. Here in California, law enforcement can see where each cell phone is located within an electronic “fence” type area. It’s how they find homeless camps, street takeovers, etc.

Do they think we’re stupid?

It’s not an insurrection if they have permission to do it, given by the highest office in the land, our fabulous 45th President. That’s a COUP son.

I’m very familiar with coups, having been born into a family who fled from a nation with 14 coups, Bolivia, which is located next to Chile with it’s 37 coups. Coups, Public Strikes and Native Uprisings are a way of life in my region of South America.

Plus I flew out of Bolivia just a few weeks before their most recent coup in 2019. The whole nation was torn apart for the better part of a year. So this spectacle in DC looks doesn’t look so revolutionary to me. It’s civil unrest fomented by a self-serving and unscrupulous leader.

Good thing the DC protesters weren’t Brown or Black, or they would have been blown away before getting in the door.

It’s time to DREAM a new world into being.

Pocha has credits working for Univision, Telemundo, Fox Latin America and Latinx legends Edward James Olmos, Antonio Banderas, Maria Conchita Alonzo, and Luis Miguel among others. Peña has international arts experience with roots in social justice, social practice and performance art. She champions the use of technology in low-income communities, equitable access to the arts,  and creating professional opportunities for women of color.